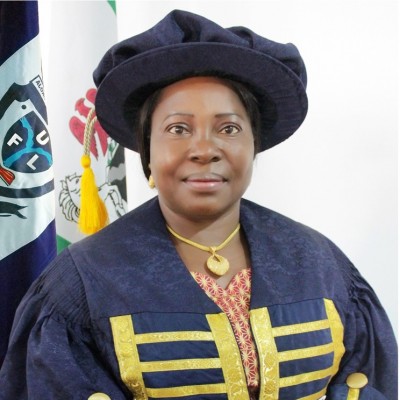 Professor Angela Freeman Miri has acquired immense administrative and working experiences both within and outside the University System. She has served in various establishments and held various positions of responsibilities which include membership of Plateau State Executive Council, Presidential Task Team on Education and served as the Chairperson, Governing Council, Plateau State Polytechnic, Barkin-Ladi, Plateau State.  Between 2007 and 2011, Professor Miri was appointed by the Executive Governor of Plateau State as the Honourable Commissioner for Health and due to her outstanding performance and rich experience was subsequently appointed the Honourable Commissioner for Education in Plateau State where she contributed immensely to the upliftment of the standard of education in Nigeria. She also served as a member of the Jury of the Nigerian Liquefied Natural Gas (NLNG) Literary Competition 2012.

She possesses an extensive working experience within the University System.  Having joined the University of Jos in November, 1985, as a Graduate Assistant and through dint of hard work, she grew through the ranks and fulfilling all the requirements of every rank to the position of a Professor in 2007.

With an extensive track record in University Administration, experience and enviable personal qualities of being self motivated, creative, adaptable and amiable without compromising standard of excellence to achieve set objectives, Professor Miri has taught and supervised Undergraduate Projects since 1986 and Postgraduate Theses since 1997 to present date.  She has also served as External Examiner for Masters and Ph.D programmes.

She has attended and presented papers at various National and International Conferences organized by learned Associations and Professional Bodies which include: 2016 Nigeria Higher Education Summit organized by the Committee of Vice-Chancellors of Nigerian Universities in Association with Trust Africa, Dakar, Senegal held at NAF Conference Centre, Jabi, Abuja from Monday, 21st to Wednesday, 23rd November, 2016; The Campus France Open Day held in Paris, France from 4th to 12th November, 2016; The Galilee Institute of Higher Education Seminar on "Management of Higher Education" in Israel from Tuesday, June 27th to July 12th, 2017 and many others.  She has published widely in National and International Outlets and a published book to her credit.

Professor Miri whose hobbies include reading, cooking, travelling, listening to Gospel and Country Music, holds the membership of local associations and groups aimed at community development and philanthropic activities.  She has received several awards for her exemplary contributions, namely: Mother - Figure of the Department Award (2000) by the Department of English Literacy Circle; Poet of the Millenium Award (2003) by World Poetry Association, Chennai - India; Jos Carnegie Partnership/Gender Intervention Team Honorary Award (2010) for her Developmental Female Leadership Role in the University of Jos; Service to Humanity Award in Recognition of Distinguished Service and Immense Contributions to Humanity, Abuja, 2011 by the National Council of Women Societies Nigeria at 50; African Meritorious Service Award for Good Leadership by Africa International Media Organization Abuja, 2008, among others.

In addition to her membership of Professional bodies, she is a member of the Nigerian Academy of Letters, and also, an alumnus of the prestigious Higher Education Resource Services Academy (HER-SA) of South Africa and the Galilee Institute of Higher Education, Israel.

In February, 2016, His Excellency the President and Commander-in-Chief of the Armed Forces of the Federal Republic of Nigeria, Muhammadu Buhari GCFR appointed her the Vice-Chancellor of this great University - Federal University Lokoja.